My husband, Jay, is an avid fly-fisherman. Ties his own flies, Vice-President of the fishing club, and can tell you what kind of fish you’ll catch on what type of fly during a particular season. In short, Jay lives for fishing. Once a year he travels to Canada with his friend Curt to spend a lot of money trying to catch the elusive salmon. The weather stinks, the people are great, and he may catch one or two salmon if he’s lucky after standing in a frigid river for 8 hours. He has a great time and comes home telling me how he wants to take me there sometime. Freezing weather in the middle of nowhere, no matter how beautiful, is not my thing.  I can fly fish, but it’s not something I want to spend hours doing, every day.
This year Jay was invited to go fishing with Curt and join a mutual friend of theirs, Steve, who rents a house for 3 months a year. That’s great. I have no desire to hang out with these codgers. Both men are older than Jay, one is a hypochondriac and the other has no regard for his personal hygiene. However, Steve’s rental home is in the Bahamas, on a small island near Eleuthra which can only be accessed by water taxi. Steve also has a boat there. Much less costly, and ever so much more desirable a place to hang out doing nothing, especially since our snow is taking forever to melt this year. Still, I really didn’t want to go, not with that group. Plus I’ve been to the Bahamas before, twice (in my life before Jay) and it wasn’t in a one-bedroom cabin shared with three others.
However, saying I’m here in cold Connecticut while my husband is bonefishing in the Bahamas generally garners some sympathy.  Jay was actually feeling guilty about leaving me weeks before he left. Mind you, he still obsessed about the trip, packing a week in advance, buying a new fly rod, tying more flies than he would ever need, flies that only the mighty bonefish will take because the fish eat differently there. He was excited about going, yet definitely feeling  guilt not normally expressed before the Canada trips.
After Jay arrived at his fishing destination, he called every night to report in.  I found that I could counter every wonderful experience he was having in the Bahamas with one of equally opposite appeal back home. 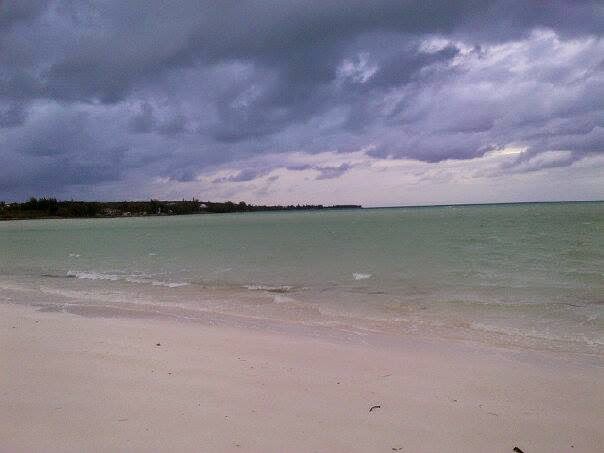 First night’s report: “It’s beautiful here! The water is so blue.”
I responded with, “The snow is beautiful here too.”
“It snowed again? Are you serious?”
I took a picture of our newest winter wonderland and sent it as proof. “Yep. About three inches.”
Jay: “I’m tired from walking on the beach all day.”
Me: “I understand. I’m tired from shoveling snow.”
Next day. Jay: “I caught a barracuda!”
“That’s nice Dear. I caught a cold.”
Day Three: “We saw sea turtles and lots of sting rays.”
“That’s nice. I took the old, sick Hamburg hen to the vet to be euthanized today. She was suffering and I couldn’t watch her like that anymore. “
Day Four: “I’ve been doing a lot of the cooking. The other two aren’t very good in the kitchen. Steve almost set the grill on fire.”
Me: “Me too. And I’m not doing the wood stove anymore because I end up smelling like a camper.”
Day Five: “We ate out tonight. They serve a lot of conch soup here. The people are so friendly. We’ve been drinking a lot of rum drinks.”
Me: “That’s nice, Dear. My nose is sore and red so I’m making chicken soup. Later I’ll have orange juice mixed with cran-mango juice…plus vodka.  Then I’ll take a Benadryl before bed to combat my cold.”
Day Six: “I had a bonefish on the line but it broke off. Man, do they fight! It was so exciting; it ran my reel all the way out.”
“I bought new rain boots to walk in the mud to the barn because my old ones leaked so badly. ”
Day Seven: “Well, Honey, we’re on our way home.”
“Lovely. I’m going to a cat show in Canada next weekend. Would you like to come with me? Oh, never mind, you’d miss Opening Day for trout season.”
Jay: “Are you kidding? I’d love to spend the weekend at a cat show with you instead of fishing.”
Me: “Thought so.” 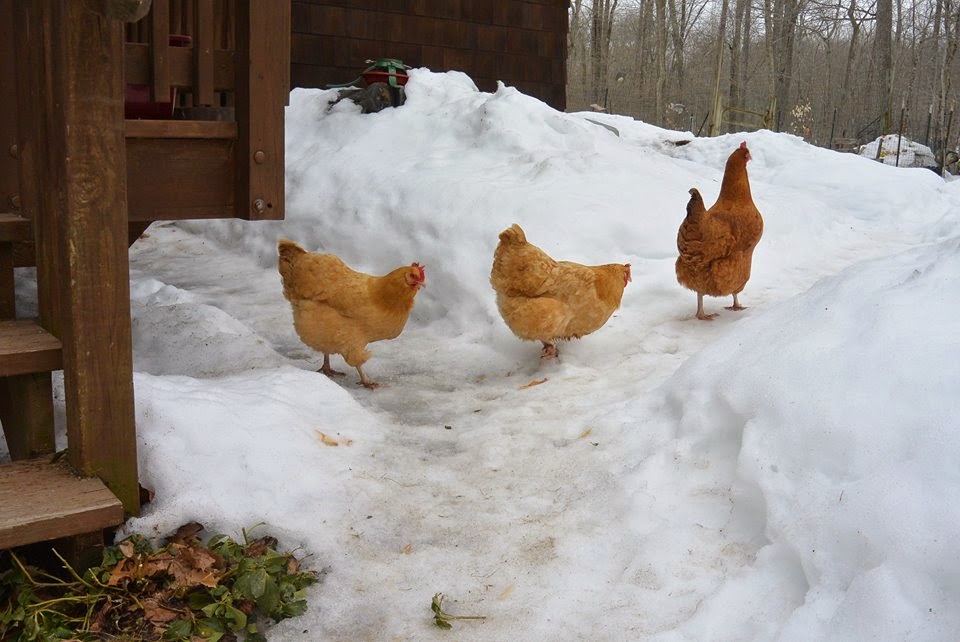