When I first got into breeding Maine Coon cats almost 12 years ago, I researched feline husbandry to the point of obsession. Each book or article had a list of possible problems you may encounter during your cat’s labor and with the resulting kittens. One point I took to heart was the importance of weighing the kittens on a daily basis.

By weighing newborn kittens at birth and then at least once daily (same time every day), I am able to not only track its growth, but intervene early should the scale reveal a weight loss or lack of gain. Intervention by supplementing with a bottle or tube-feeding (some kittens won’t take a bottle so you have to force-feed them), can give the struggling kitten the extra energy it needs to nurse efficiently.

I learned with my own children that formula from a bottle is easier for a baby to suck than from the mother, it provides more calories and stays with them longer. Plus, in the case of animals who have multiple births, competition at the dairy bar can be a problem for weaker babies. From the time they’re born, kittens will defend their selected nipple by clawing frantically at any littermate who may get in the way.

As the first couple of weeks of a kitten’s life are the most tenuous, I weigh every day for two weeks, then weekly thereafter. If a kitten is not gaining well, I often weigh twice daily. It’s important to track weight gain over time as a kitten may grow a lot one day, then barely anything the next. I look more for overall increases as opposed to what which one is the biggest. Often times, the size advantage changes once the kittens start on solid food so their initial weight isn’t a predictor.

I have a collection of six kitten journals, chronicling each litter since I started breeding. The great advantage of having kitten weight history is the ability to easily compare one litter to another. I also write down which day of gestation the queen is on and how she does with delivery, any stillbirths, etc. so I know what to expect the next time she has kittens. As each kitten enters the world, I record the time it was born, its color, gender and birth weight. 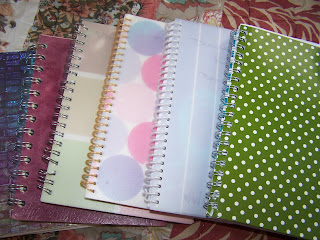 In the case where I have more than one kitten of the same gender and color, I clip the hair of the second born on its neck to differentiate. If there is a third kitten who looks like number one and two, then that one will have the hair clipped on its back, right in front of the tail. Some breeders use different colors of fingernail polish to identify the kittens by their toenails. I prefer hair clipping to toenail painting as I like to identify the kitten just by looking down on it instead of turning it over and searching for a painted claw.

The day after the kittens are born, I begin the ritual of weighing and examining each one. This is when the name assignments come in. Each litter has a theme, like Disney characters, rock stars, poets, Connecticut towns, etc.


Two weeks ago, Olivia had a litter of five kittens, four girls and one boy, all were blue except for one brown tabby girl. Two days later, Lulu had a litter of five kittens, also four girls and one boy; the girls are combinations of brown tabby or solid black with red and the boy is solid black. Fortunately, all the kittens look different, so I can tell everyone apart easily.

The mothers share the nursery, combining efforts to feed their kittens as one big happy family of ten. I wanted two themes that were related so I chose musicians. Since Olivia has a lot of blue kittens, I thought of a country singer theme for her litter. I’ve already done the Blues Singers theme so I won’t reuse that. Lulu’s kittens were named after Hip-hop artists. I’m not a fan of either genre of music, so it was a related theme; music I’m not that in to. Being originally from the South, I’ve rebelled against following stereotypical Southern pleasures, like pickled pig’s feet, Nascar, bass fishing, poor grammar and country music. I don’t hate Country, but I’m more of a Pop and Classic Rock kind of girl. I don’t regard Rap as music as I think singers should actually sing…but I digress.

I Googled country and hip-hop artists, came up with a list of names I’d heard of and tried to stay with current artists. Not as sure of myself with the hip-hopsters, I sought my teenage daughter Kelsey’s input. She quickly narrowed it down to the cool people. For my country litter, I had the names of Miranda Lambert, Carrie Underwood, Alison Krauss, Martina McBride and Rascal Flatts. There were several other male singers I could have chosen, but I just liked the name Rascal. The Hip-hop Litter names are Eminem, Mary J. Blige, Lil’ Kim, Missy Elliott and Lauryn Hill.

Now to assign the name to the kitten. Sometimes I would just go down the list, but I often select a couple whose look make it easier for me to remember them. Miranda Lambert’s name ends with the letter “T” so I gave that name to the blue tabby. “T” for tabby. I thought I’d keep the solid blue and white girl for myself so I named her Carrie because I like Carrie Underwood, having watched her win American Idol. Martina McBride seems like a more common name than Alison Krauss, so I named the more commonly-colored brown tabby girl Martina. The other solid blue girl became Alison Krauss by default.

For the Hip-hop Litter, Eminem is the one boy of course. I have two torbie’s with white and two torties. With the patches of red varying on each kitten, it’s fairly easy to differentiate even though they will be registered as the same color. The torbie and white with more red I called Missy, just because I often use “Little Missy” as a term of endearment for my daughter and granddaughter. The other is Lauryn. The tortie with the split of color on her chin is Lil’ Kim, because I can say, “Lil’ Kim with the chin” to remind myself. Mary J. just so happens to have red markings in the shape of a backwards “J” on her face.

The daily weigh-ins are not only my time to check on each kitten, but also to teach myself their names. By the time they are two weeks old, I’ve memorized my notes on who is clipped or has which markings. As they continue to develop, the “twins” often change enough so I can tell them apart by just looking at the shape of their faces, or under their tails if they are sister and brother. For me, newborn record-keeping is the only way to go.

Now That You're Gone - Conclusion to Nine Little Butts

Three months ago, Sunday, our smoke tortie Maine Coon, gave birth to nine kittens. They were given call names with the theme of Santa’s Reindeer (Dasher, Dancer, Prancer, Vixen, etc.). I blogged about the challenges of nine little butts to clean up after and later, about the medical emergency that plagued the mother cat.


Last weekend, one family after another came to claim their new baby and take him or her home. Many of them expressed concern over how well I would be able to cope with saying good-bye to the cute little balls of fluff. “How can you let them all go?” Well, I assured them, Cupid and Blitzen won’t be leaving until next week because their future family is on vacation. Cupid and Blitzen are partners in crime and will be living in the same home. That seemed to make people feel better, as if it’s easier for me if I’m weaned away from all the cuteness gradually.

It’s still way easier to deal with just two kittens than the whole herd. Dinner time was a chaotic cacophony of cries to be fed, now, put it down, frenzy, psychotic, circle-turning, underfoot, frantic running back and forth…just crazy kitten behavior. Once the food was in front of them, the meowing changed to a group purr. Three cans divided onto two large paper plates, twice daily, plus an extra couple of cans for lunch. Pet Supplies Plus personnel must think I’m feeding a feral colony I go in there so often to get cat food.

So I’m spending less on cat food and scooping litter boxes is far less time consuming. The thundering of paws has faded. I no longer have to count kittens and try to figure out who is missing from the kitten room at bedtime.

The best is the happy endings. The kittens’ mother, Sunday, has gained more weight and rediscovered her energy, tearing around like a kitten herself. All the kitten buyers have reported positive transitions with their newest family members.

The kittens have been renamed and some of the owners are staying connected with the littermates of their kitten through Facebook. It’s always interesting to see what names the new owners will come up with. Dasher is now Dylan Dasher. Dancer and Prancer went together and now go by Dixie Mae and Hank Junior. Vixen’s new moniker is Winterberry. Comet’s registered name is Dracoonfly Halley’s Comet. Donner is called Loki. Rudolph became Dante’s Inferno. Cupid and Blitzen will remain Cupid and Blitzen.

﻿
Jay and I agree that this has been a good litter. Our definition of good is based upon the personalities of the kittens and how many accidents they had in the house. We had some expensive bumps in the road, but ended up with nine healthy kittens along with their mother. Even though the chaos and adventure have died down, I feel the same relief I do when the grandchildren go home for the day. However, my respite is short-lived. Last week Olivia and Lulu had kittens two days apart. Between the two moms, we have ten newborn kittens. Here we go again!